10 Benefits and Uses for Baking Soda 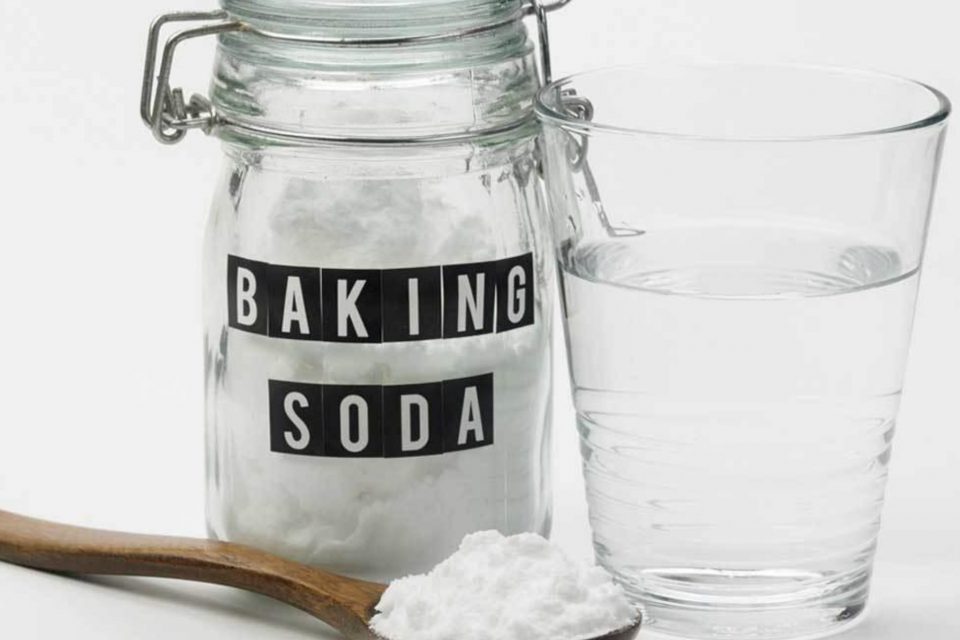 This is because it has leavening properties, meaning it causes dough to rise by producing carbon dioxide.

Aside from cooking, baking soda has a variety of additional household uses and health benefits.

Here are 10 benefits and uses of baking soda.

Heartburn is also known as acid reflux. It’s a painful, burning sensation that arises in the upper region of your stomach and can spread up into your throat.

It’s caused by acid refluxing out of the stomach and up your esophagus, the tube that connects your stomach to your mouth.

A few common causes of reflux are overeating, stress, and eating greasy or spicy foods.

Baking soda can help treat heartburn by neutralizing stomach acid. Dissolve a teaspoon of baking soda in a glass of cold water and drink the mixture slowly.

There are downsides to this treatment that you should be aware of:

Mouthwash is a great addition to a good oral hygiene routine. It reaches corners of your mouth and crevices of your teeth, gums, and tongue, which may be missed during brushing.

Many people use baking soda as a replacement for mouthwash. Some studies have shown it can help freshen your breath and even provide antibacterial and antimicrobial properties.

However, one study found that a baking soda mouthwash did not significantly lower oral bacteria levels, although it did result in an increased salivary pH, which is important for inhibiting bacterial growth.

The recipe for baking soda mouthwash is simple. Add 1/2 teaspoon of baking soda to half a glass of warm water, and then swish as usual.

Canker sores are small, painful ulcers that can form inside your mouth. Unlike cold sores, canker sores do not form on the lips and aren’t contagious.

Though more evidence is needed, some research has found that baking soda mouthwash is great for soothing pain caused by canker sores.

You can make baking soda mouthwash using the recipe in the previous chapter. Rinse your mouth with this mixture once a day until the canker sore heals.

Baking soda is a popular home remedy for whitening teeth.

Many studies have found that toothpaste containing baking soda is better for whitening teeth and removing plaque than toothpaste without baking soda.

This is likely because baking soda has mild abrasive properties that let it break the bonds of molecules that stain the teeth. It also has antibacterial and antimicrobial properties that can help fight harmful bacteria.

Sweat only gains an odor after it’s broken down by bacteria in your armpits. These bacteria convert your sweat into acidic waste products that give sweat its odor.

Baking soda may eliminate the smell of sweat by making the odors less acidic. Try patting baking soda onto your armpits, and you may notice a difference.

Baking soda, also known as sodium bicarbonate, is a popular supplement among athletes.

Some studies show that baking soda can help you perform at your peak for longer, especially during anaerobic exercises or high intensity training and sprinting.

During high intensity exercise, your muscle cells start producing lactic acid, which is responsible for the burning feeling you get during exercise. Lactic acid also lowers the pH inside your cells, which may cause your muscles to tire.

Baking soda has a high pH, which may help delay fatigue, allowing you to exercise at your peak longer.

For example, one study found that people who took baking soda exercised for an average of 4.5 minutes longer than people who didn’t take baking soda.

One study recommends taking 300 mg of baking soda per 33.8 ounces (1 liter) of water 1–2 hours before exercising.

Another study added that taking it 3 hours before exercise results in less gastrointestinal discomfort.

A baking soda bath is often recommended to soothe itchy skin. These baths are a commonly used remedy for itching from bug bites and bee stings.

Additionally, baking soda may help soothe itching from sunburns. Some people claim it can be more effective when combined with other ingredients like cornstarch and oatmeal.

To make a baking soda bath, add 1–2 cups of baking soda to a lukewarm bath. Make sure the affected area is soaked thoroughly.

For more specific areas, you can create a paste with baking soda and a bit of water. Apply a thick layer of paste to the affected area.

8. May Slow the Progression of Chronic Kidney Disease

The kidneys are incredibly important because they help remove excess waste and water from the blood. At the same time, they help balance important minerals like potassium, sodium, and calcium.

A study including 134 adults with CKD found that those taking sodium bicarbonate (baking soda) supplements were 36% less likely to experience rapid disease progression than people who did not take the supplements.

Be sure to talk to your doctor before ingesting baking soda.

Cancer is the second leading cause of death worldwide.

It’s often treated with chemotherapy, which works by slowing or stopping the growth of cancer cells. Normally, cancer cells grow and divide at a rapid rate.

However, the evidence is limited to preliminary indications from animal and cell studies, so more human-based research is needed.

Have you ever opened your fridge and come across a surprisingly foul odor?

Chances are that some foods in your fridge have overstayed their welcome and started spoiling. This foul odor may stick around long after emptying the fridge and cleaning it thoroughly.

Fortunately, baking soda can help freshen a smelly fridge by neutralizing bad odors. It interacts with the odor particles to eliminate them, rather than just masking their smell.

Fill a cup with baking soda and place it in the back of your fridge to neutralize bad odors.

I am enthusiastic writer. Suddenly one day, a voice — was it mine? — quietly, maliciously, buzzed in my ear, “ you are not a writer.” I almost quit writing. The eagerness killed by that buzzed whisper. Fortunately, I didn't give up. Now, I am back to writing and I hope you enjoy reading it.
© 2021 myfitlife.app • All Rights Reserved